“Pathani Suit” is one of the favored Indian traditional wear which is originally the traditional dress of Pashtuns and is surely is a rockstar currently due to its power laden ethnic statement. Pathani suit is ideal to contribute an ethnic glimpse to your look. The fact that distinguishes it from kurta pajamas is the salwar styling. It is visually appealing and comfortable. It is considered that Pathani suit came into existence in Afghanistan where most of the people still use it as a daily wear. These days not only women but men also in our country opt to wear traditional clothes in weddings, parties and festivals.

Traditionally there was no collar to this straight-cut pathani kurta which is a loose shirt falling either just above or little below the knees of the wearer. Few styles had button or were tied at the shoulder seam and had plackets rather than slits with center or off center opening. Modern alternatives may trait slight variation like different styles of collars similar to achkans, sherwanis and Nehru jackets. They are accessible in a huge variety in terms of colors like orange, blue, dark green, maroon etc.., sizes, cuts, embellishments, creative designs and many fabrics like silk, fusion, satin, cotton, etc…

Pathani suits have developed into an individual line of clothing over the years due to its increasing popularity and is widely sold in both offline and online stores. The dominant reason of this fame is Bollywood. Globally known actors right from Salman Khan, Abhishek Bachchan, Shahid Kapoor to the new bees Varun dhawan and Siddharth Malhotra have been spotted in Pathani’s paired with aviators and juttis which builds a great Indo-Western look.

Sharukh Khan is not only the king of Bollywood but also the king of Pathani suits. He has always created a Swag look, from the casual white pathani in “DDLJ” to an embellished red-black pathani in “Kal Ho Na Ho”. He has dominated this rich attire at various occasions in reel and real life. Recreating the magic again in “RAEES” which has boosted the trend to another level which is phenomenal. Here are some mesmerizing “RAEES” looks available with us: 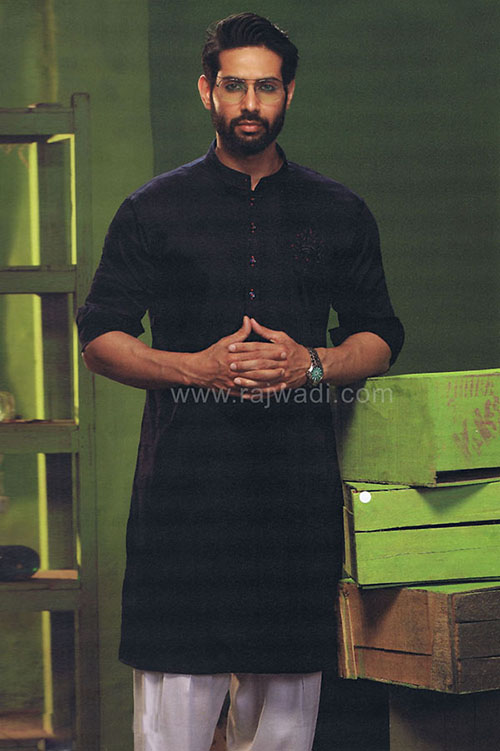 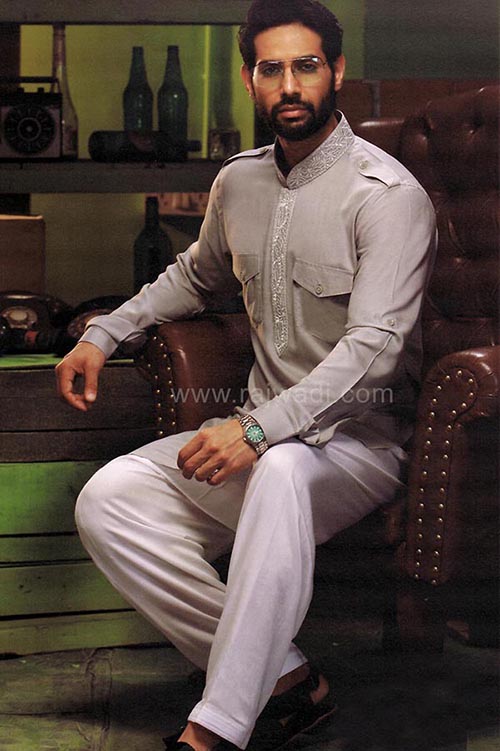 Pathani suits in superior fabrics constitute elegance. Taking over all other ethnic attire’s this wedding season is all about looking “RAEES”